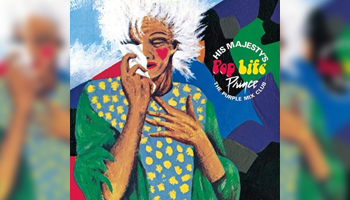 Rare compilation of Prince will be reissued as CD format in mini LP packaging for the first time in the world. This is a Japanese exclusive release.

"His Majesty's Pop Life / The Purple Mix Club" was originally released in 1985 in LP format as promotional use, and reissued as LP in 2019 only for 2000 copies only.