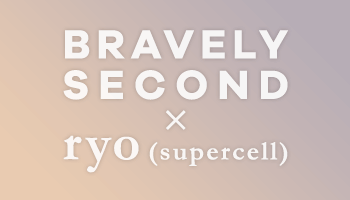 Original soundtrack to the popular game by SQUARE ENIX, "Bravely Second End Layer" is released on May 20, 2015. Along with it, its intro and outro theme songs "Great Distance" and "Last Song" become a CD and due out on the same date. Both works are by Ryo (Supercell), a great composer and vocaloid producer. We've compiled a list of these products below. Check them out.

ryo (supercell) releases a CD with the intro & the outro themes for the game "Bravely Second," each titled "Great Distance" and "Last Song." chelly of EGOIST participated as a vocalist.

Two limited editions feature super jewel case and comes with a bonus disc (Type A: Blu-ray / Type B: DVD). All the three editions (limited A & B, regular) come with a B3-sized reversible poster, which features "Great Distance" jacket and "BRAVELY SECOND" illustration, as the first pressing bonus.