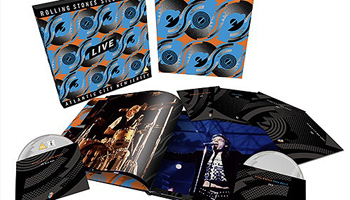 The Rolling Stones' unreleased live work becomes available as various sets titled "Steel Wheels Live." Among them, the Japanese edition collector's set exclusively comes with a Japan only bonus track. Let's take a look into it.

It includes a Japan only bonus interview track, which was included in a promotional CD in 1989. Also features the high-fidelity SHM-CD format. Restored, remixed, and remastered.

Products from The Rolling Stones