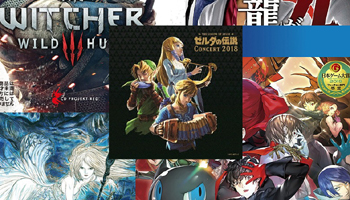 Tell us your best game during quarantine, and earn 1,000 rewards points. If you win and get the points, it would be great if you use it to buy items released from your favorite acts/makers to support them. Let's go its detail.

How The Offer Works

Every week, we will select a winner and give 1,000 rewards points to your CDJapan account (you can create it at CDJapan Sign In page) *We'll contact your social pages if you won the offer so please follow us!

Great Posts from You

@CDJapan I haven't been able to put down Animal Crossing: New Horizons for weeks. It gives me something to look forward to every day during these uncertain times we're living in. This game really couldn't have been released at a better time! #BestQuarantineGame pic.twitter.com/VqLxMaMKz6

FFXV! The story is <3 I don't get tired of playing it. And I've played it for about 5x already! Just seeing the chocobros and those random pictures Prompto takes makes you feel like you're in the game! I'm on my way for the 3rd ending of Code Vein, and whenever boredom strikes, I resort to its character creation!
Hanna May Canta from comments on the Facebook

I'm starting #Biohazard on the first #PlayStation
Many years after finish it on my youth's years
Not sure it's the #BestQuarantineGame but I like it
(In Europe "Biohazard" is called "ResidentEvil").#Game #Quarantine pic.twitter.com/L1ZgsWjyim

My best quarantine game? No doubt it's Ace Attorney. It might be an old series, but the storyline for every game is great with the constant turnabouts. (And then there are the handsome prosecutors to stare at during quarantine *cough*)
Mikki Ta-Chan from comments on the Facebook

Popular series at CDJapan are listed below. They are a part of the results from our customers via a brief survey on social pages (Twitter / Facebook). If you write about a game (game OST is OK as well) from the list, it would be great. But ultimately, it is no problem at all which games you write about, unless we can call it as game!


Top of This Page