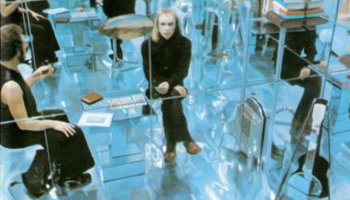 A legendary concert by Fripp & Eno finally becomes a triple CD and released on October 22, 2014.

Disc 1 & 2 of "Live in Paris 28.05.1975" entirely captures their concert held at Olympia Theatre in Paris, in which they performed tracks from the two masterpieces "(No Pussyfooting)" and "Evening Star." Disc 3 features base tracks of backing loops used for the concert and "Later On," which was released as a B-side track of a single.