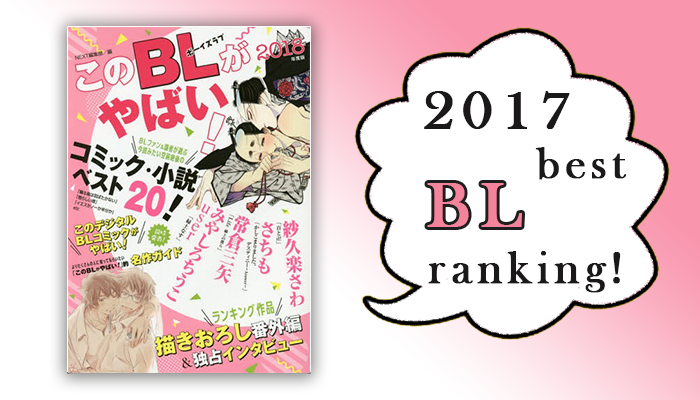 This time of the year has come, and it's time for the annual 「Kono BL ga Yabai」ranking! Check below for what us, Fujoshi, have been loving in 2017!!!

It's not really a surprise to see "Momo to Manji" in the first place, considering how refreshing and beautiful this series is (not to mention the adorable Momo <3). Featuring the romance between Momoki (Momo), a former kagema (male prostitution) and Manji, who picked Momo up on a rainy day. Their love story isn't anything extreme, but rather a story about two people, gently loving each other. As the story is set in Edo period, the language used might be a little different from modern Japanese, even so, this series is a must-read. Momo to Manji Complete Listing

A sequel to "Kashikomarimashita, Destiny", this omegaverse series has successfully come in the 3rd place of this year ranking. Miyauchi, a Beta who always thinks of his master, Aoi; and Kudou, an elite Alpha butler, who devoted his life to the Saionji family. The two hated each other from the very first moment but then, as destinated, they fell in love, fearing there might be another destiny awaiting. Or at least, it was Miyauchi who is afraid of the future, because a Beta cannot be physically bonded with anyone. Kashikomarimashita, Destiny Series Complete Listing 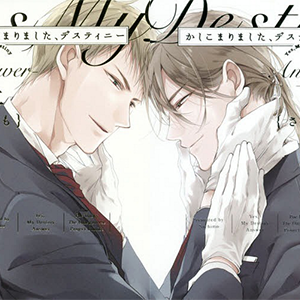 It's hard not to cry reading this series. Different from the top 3 series, Life Senjo no Bokura tells a more realistic story of Nishi and Ito. After an unexpected meeting, they slowly, slowly developed feelings for each other. And then, just like many other couples, they struggled while being by each other's side. But the most important question here is whether they stay together until the end or not? Life Senjo no Bokura Complete Listing

This has to be one of the rare sweet story written by Harada-sensei. Although there are some twisted chapters, the story is steamy hot and sweet with the love Yata and Momo had for each other! Real love is when you grow together, and love each other for who they are, regardless of what happened in the past. Yata Momo Complete Listing 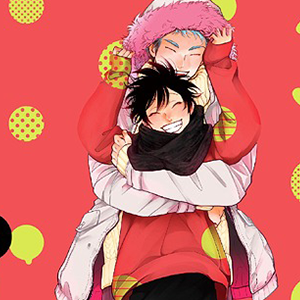 P/s: display pictures were chosen randomly based on the writer's bias (^^)