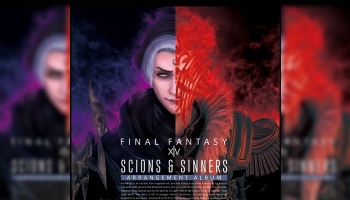 This is the fourth installment of the official arrangement album featuring piano and band arrangements of popular songs from the globally popular online RPG "Final Fantasy XIV".

This album also features piano by Keiko and band by THE PRIMALS, with a total of 19 tracks including extra tracks. Three of the tracks in "EXTRA TRACKS - PIANO" are presented in collaboration with Amanda Achen, who sang the vocals for the jet-black Villains theme song "Tomorrow and Tomorrow", and Keiko.

All the artist videos of THE PRIMALS in this album are newly shot and recorded for this album. The album also features a Blu-ray Disc Music function that allows you to switch between game and artist videos, as well as between 2ch and 5.1ch/5.0ch sound sources. Band part: 5.1ch / Piano part: 5.0ch
See more
Final Fantasy
Complete listings