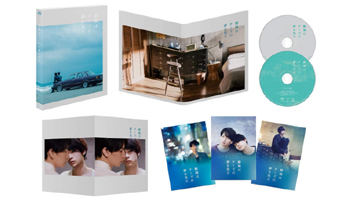 A live-action film based on a manga series "Kyuuso wa Cheese no Yume wo Miru (The Cornered Mouse Dreams of Cheese)" by Setona Mizushiro of "Shitsuren Shokoratie" and "Nonai Poison Berry" comes out on DVD and Blu-ray.

Ever since he was a student, Kyoichi Otomo has been in a series of passive relationships with "women who like him." One day, he meets his college junior, Wataru Imagase, for the first time in seven years. Imagase suddenly tells Kyoichi that he has always loved him. Kyoichi can't hide his confusion, but he is taken in by Imagase's pace and the two end up living together... *Rated 15-and-over.