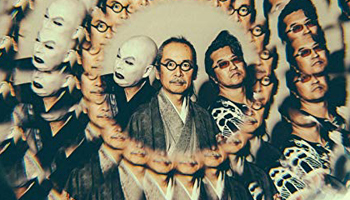 Have you ever heard of Ningen Isu (人間椅子)? They are one of the greatest Japanese hard rock bands, and welcoming the 30th anniversary in 2019. To commemorate this anniversary, we are offering #NingenIsuRocks Project and a photo giveaway offer. Check it out.

Who is Ningen Isu?

"Heartless Scat" is a signature song from their latest album "Shin Seinen" (this is also an eligible title of this offer!), and the music video for it is going viral worldwide. Why? One music video is worth a thousand words. Click and witness the video, and you will be hooked with their unique style of hard rock. 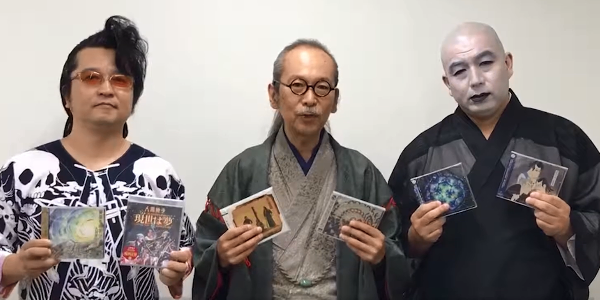 We know that Ningen Isu is dramatically getting the much popularity worldwide, but we need more and we know that they deserve it.

To support the band, on your social page feeds (Twitter & Instagram), it would be great that you share your Ningen Isu (albums, bonus, collectibles, experiences, feedback, whatever).

When you post it, don't forget to put #NingenIsuRocks so that we can share it through our timelines, and put your posts on this feature page. Ningen Isu members definitely will see your such posts (and going to give us comments . . . ? Tell me, Holy Angels).

Those guys rock! @ningenisu_staff #NingenIsuRocks Youtube recommended one of their music videos for me and now I can't stop hearing their songs. Even bought a T-shirt, directly from Japan. Cheers from 🇩🇰🇧🇷! pic.twitter.com/fPDiaRrk0d

Yay! #NingenIsu Rubber key chain and wrist band from @cdjapan received in Ireland 🇮🇪 ！！ the wristband is so super cool I ordered another one 😊🖤 #ningenisurocks

Here's an amateur embroidery attempt but I love kanji and I ❤️ 人間椅子 😊 . . . #NINGENISU #ningenisurocks

Ordered! Now if you can just add some of the Guitar Picks to your store ... #NingenIsuRocks https://t.co/XbIREnD4UC

Hey @ningenisu_staff what is this?? Released to #Spotify Sept 18, 2019...I can't find any translated info on it. It's great!!#NingenIsuRocks pic.twitter.com/Uu3xF6BRGp

Let's celebrate together the 30th anniversary of Ningen Isu, one of the greatest Japanese hard rock bands in Japan. To commemorate it, we started offering an autographed photo giveaway. Don't miss out: https://t.co/PGo3RBMboP#NingenIsuRocks #NingenIsu #JRock #HardRock #Rock pic.twitter.com/mKPBAhokZL

#NingenIsuRocks I've been listening to them since 2015, and according to https://t.co/Y8MxM7Y73E, I have listened to their songs 3,194 times. They are my most listened to band with Akira Ifukube coming in at second with 2,153 plays.

So excited to have found this band and that they have such a wealth of material to experience. Suzuken, Wazzy, and Nobu make true metal!#NingenIsuRocks

Just watched this awesome show. There is only one problem. I need more. Because #NingenIsuRocks pic.twitter.com/CJaDKWEtjm

Ningen Isu, an awesome band with unique sound and lyrics. Literature Metal and a bit of ProgRock, still remember the first time I saw them on a TV Show Special about the famous Ika-Ten program and immediately liked the sound and atmosphere! #NingenIsuRocks pic.twitter.com/OxgkR3Fryl

I've #がんばりました a lot recently for introduction gorgeous #ningenisu to potential Russian fans and, finally got what I deserved! 🎉 This album is significant because #20 and issued on #人間椅子30周年特別企画展 . Actually I love some their earlier songs with many Suzuki san's wired vocalic #melismas but I've decided to get this album as a brilliant memory of the past summer. Everyone can buy this one and many others CDs and some pretty bonus via @cdjapan what delivers it to me faster than 20 hours (yes, I live across the river ☺️) #нингенису #人間椅子 #鈴木研一 #ningenisurocks