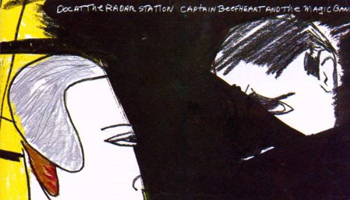 Two masterpieces from Captain Beefheart will be released as mini LP reissues on May 27, 2015.

They also feature the high fidelity SHM-SACD format and 2015 DSD master, using the UK original analog master. Features an obi faithfully replicating the one with the Japanese edition LP. Titles are "Doc At The Radar Station" and "Ice Cream For Crow."

They will be also available as Platinum SHM-CD and SHM-CD reissues. Check them out as well.